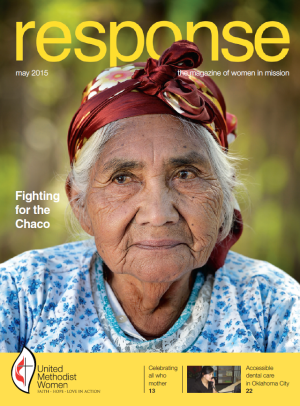 This month’s masthead looks a little different. I’ll be serving as interim editor of response while Yvette Moore serves as United Methodist Women’s interim director of communications. (But don’t worry—Yvette’s office is right next to mine.)

Our foremothers left us a legacy of doing the mission needed for its time, and we continue their legacy today. Until poverty, violence, inequality, racism and preventable deaths cease, until women and children are no longer marginalized and we live in a world in which all thrive, women need to be organized for mission. In the 21st century, we need United Methodist Women.